Message from Connie: I wanted to share a Youtube video with you that I just came across. It is of Llewellyn Vaughn-Lee, a Sufi. In my own words, a Sufi is one who learns how to develop a relationship with our Source of love. I first came across Llewellyn a few months ago. One well-known Sufi is Rumi.

I am drawn to of all of Llewellyn’s videos, but this particular video of Llewellyn struck me as he seems to be describing in explicit detail, the initial process that occurs when one initially awakens their heart to God – to their love for God. Llewellyn refers to this as the “Beloved”.

Jesus has recently discussed this process in more detail, in His most recent “Messages From Heaven”, as a yearning; a longing for something that nothing and no one in the physical world can fulfill. And, that it is our Father’s love calling us to awaken; that it is the beginning of developing Christ consciousness – a personal relationship with Jesus, who is the “bridge – the connector to our Father’s love”. Jesus also referred to this as the initial awakening of our heart and soul when we begin to dissolve our ego-separate consciousness to a unified non-separate consciousness.

I have never heard anyone describe this experience so thoroughly, precisely and beautifully as Llewellyn did in this video. A couple years ago I don’t think I would have been able to identify with a lot of what Llewellyn teaches. You can certainly tell he is speaking from direct experience.

Another favorite of mine who I recently found out about is Rupert Spira, a teacher of non-duality (a non-separate oneness consciousness, otherwise referred to as unity, God or Christ consciousness). He also has many insightful Youtube videos on the topic of spiritual growth and enlightenment. Also, Eckart Tolle has been a long-time favorite spiritual teacher of mine since I read his first book, “The Power of Now”.
Connie (April 22, 2015) 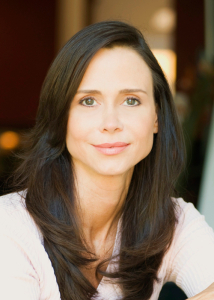